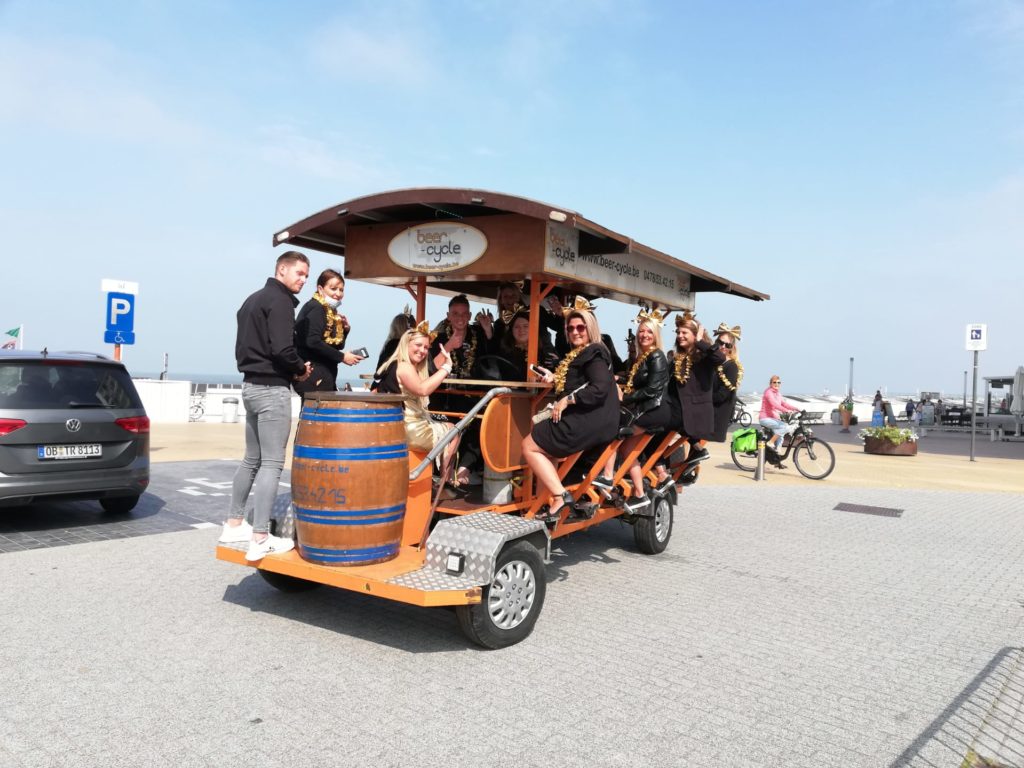 The origin of the bachelor party

It is believed that the bachelor party originated with the Spartan soldiers. They organized a dinner to celebrate their fiancé’s last day as a bachelor. At this banquet, there was a lot of drinking, eating and laughing. From ancient times until the 1970s, the bachelor party remained a male affair. The prevailing idea was that men gave up their sexual freedom when they married, while for women their sex life was just beginning.

The tradition of holding a “bachelor dinner” continued into modern times. In the 1940s and 1950s, a dinner was organized by the father of the groom-to-be. The purpose of this was also to fool the groom-to-be and eat together, just as the Spartans did. These dinners are intended to strengthen the bond between the men present and also serve as an important rite of passage for the groom: after all, he will change from a bachelor into a married man with all kinds of marital obligations.

It was not until the sexual revolution in the 1960s that women got their own version of the bachelor party.

The bachelor party as we know it.
The idea that men gave up their sexual freedom when they married, while women’s sex lives were just beginning, is now seriously outdated.

Nowadays, more attention is paid to the last free moments as a bachelor.

The content of a bachelor party is, of course, free. One can choose a theme that actually refers to a real thought from the past. An example of this is getting a lap dance from a stripper one last time because the groom-to-be had been to a strip club in the past. It is customary for the bachelor to be dressed up in striking attire during the bachelor party so that he or she is clearly recognizable.

In Belgium, it is a tradition to set your pants on fire. Not the one worn at the bachelor party but an extra pair of pants is set on fire.

The underwear is a symbol of youth. This tradition used to be reserved for women, but nowadays it applies to both men and women.

When is it best to have a bachelor party?

There are no rules as to when bachelor parties should be celebrated. Of course, it is not wise to do this literally on the last night before the wedding because the consequences of a strenuous day, little sleep and a large amount of drink can certainly be felt a day later.

Often the bachelor party is organized about a month before the wedding.

What can you do at a bachelor party?

Every bride or groom-to-be likes to be surprised with a creative bachelor party. It is best to ask in advance what the bride or groom wants and adapt to their wishes. It’s their day, after all.

Meet up with some friends of the bride or groom-to-be and discuss some tips or ideas. Also discuss the budget of the group per person so that no one is left out.

Tip: As organizers, make sure you have already received the money from all the guests for the bachelor party itself. This way, you will have less hassle on the day itself and you will not have to take this into account.
The bulk of the budget will go towards the food and drink. Also take into account any unforeseen circumstances so that the budget per person is not exceeded. The costs for a whole day add up quickly. If necessary, budget for a driver if nobody wants to stay sober.

The most important thing is that you make sure you do activities that the bachelorette really likes. If it is an adventurous person, then go for an adventurous bachelor party, for example in an escape room, adventure park or any other desired location.

Is it a person who likes to learn something? Then have a bachelor party with a workshop or perhaps several workshops.

The location, the day, the time and the answer to the question of whether there will be a bachelor party should preferably be kept secret until the last moment in order to surprise the bachelor in question as much as possible.